Get SIMPLE, Powerful Guidance to manifest what you want
I’ll show you what to do when challenges get in the way.
PLUS, you’ll receive the human hand of support from me and my team!


I'm ready to manifest what I want!

There’s no need to continue struggling on your own.

Within 10 minutes of registering you could be implementing the simplest life changing support tool you’ve ever experienced.

The choice is yours…

What is the Manifesting Miracles Membership?

The Manifesting Miracles Membership is an online subscription community that provides simple step-by-step guidance on how to manifest what you want.  Plus you you’ll have access to daily inspiration via FB and the membership website, inspirational weekly GPS emails, opportunities to join in classes/calls LIVE or listen in to their recordings, as well as get immediate access to the Manifesting Mastery Tool Library.  It’s a safe space for you to get the information, guidance and support you need to improve your life no matter what’s going on around you.

How is the membership different from all the other manifesting programs out there?

This is  how the Manifesting Miracles Membership is different:

Our goal is to provide you with simple guidance and support that creates results quickly, then watch you manifest miracles as your new normal way of living.

What if I want to cancel my membership?

You may cancel your membership through your member portal or contact us by phone or email any time you wish.

You may access the membership from all of your devices.

We’ve even created a video that shows you how to put a Manifesting Miracles Membership icon on your phone so you can access it with a tap of your finger!

What if I miss a LIVE call or online event?

All LIVE calls and events are recorded and will be available on the membership website.

How much time will the membership require?

No homework here.  However, you must understand that the membership information and support tools are like going to the gym.  If you don’t use it…  you get the picture.

We firmly believe that unlike the gym, it won’t take weeks or months to begin seeing improvement.  We’ve structured the membership support and content to deliver results immediately – and it’s fun.  You’re going to love this!

What if I never heard of Florence Scovel Shinn? And who is she anyway?

It isn’t necessary to know who Florence Scovel Shinn is or be familiar with her teachings. Kate’s Game of Life Mastery Program and Secret Door To Success MasterMind programs were based on Florence’s teachings from The Game of Life and How to Play It and The Secret Door To Success respectively.  The content of the Manifesting Miracles Membership is Kate’s compilation of tools, classes, programs, meditations, etc that she used to support the mastery program and mastermind — PLUS So – Much – More!

Florence was an American metaphysical teacher of the early 20th century whose teachings have helped millions over the past 100 years.  Her physical body died in 1940, but her spiritual essence is very much alive.

While living on Mother Earth, Florence was way ahead of her time teaching the fundamentals of how energy works before the main stream scientific community validated her.  She taught of the Law of Attraction before it was popular.

Florence knew how to hold the safe space for her students to RE-write neural pathways of belief.  She taught them how to shift their energy from fear to the higher vibration of love and create a higher outcome.  Scientists of her day believed these pathways could NOT be rewritten.  However, today’s science has proven that neural pathways can be rewritten.

These were radical teachings for a woman divorced in the male dominated world of 1912. Her divorce accelerated her understanding of metaphysical principles and universal laws which led to her sharing her experiences with others and to teach — and she was an amazing teacher. She taught how to hold, manage and focus energy in a simple way that clicked with her students and they experienced remarkable results. They discovered the power of the energy within them and by managing that energy they created miraculous experiences – even though at the time, the US was sliding into The Great Depression and the world was at war.

But what was going on in the world didn’t matter – dire circumstances didn’t matter…. because Florence knew the energy we humans hold transcends what’s going on around us. With this KNOWING, Florence’s energy, beliefs and teachings did not waver. She held fast to the power within her and taught her students to do the same.  As a result they created and lived miraculous lives.

That’s what we’re doing here – in the Manifesting Miracles Membership, holding that safe space for you to learn how to improve your life, implement what you’ve learned and live the life you long to live.

Oh yes… and you’ll have access to the guided meditation to meet Florence’s spiritual energy.

Will you join us? 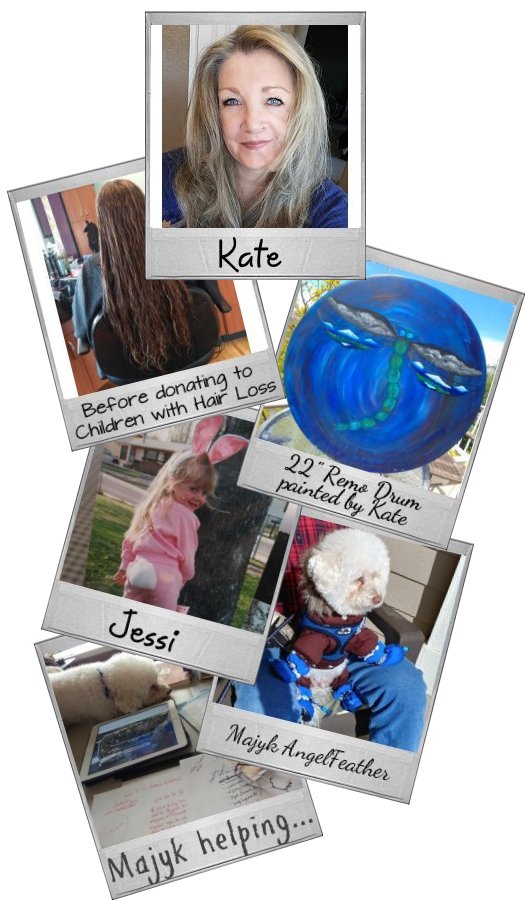 I’d love to welcome you

I know what it feels like when no matter what you do, you just keep recreating over and over again, more lack, drama and despair.

I know what it’s like to create miracles, then fall back into old habits creating even more drama, lack and despair.

I know what it’s like to follow the LOA rules to improve your life, then be blindsided by adversity and be left standing there, in shock, wondering, “what just happened?”

But I also know what to do to overcome adversity and challenges to manifest what I want and I’d LOVE to show you how to do it, too.

When you join us today, you’ll open the way to get the information and support you need to immediately implement life changing simple action steps.

Come on… I’m going to show you how!